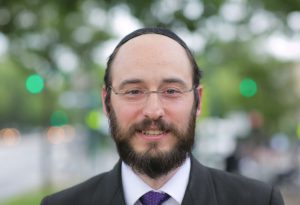 Rabbi Motti Seligson is the associate director of Chabad.org, one of the largest and earliest faith-based websites, with a reach of 54 million unique-visitors. He serves as director of media relations for Chabad-Lubavitch and is often the media’s go-to resource for everything Jewish. Rabbi Seligson has served as a rabbinical student and later as a rabbi in dozens of Jewish communities in states across the U.S. and in countries across Africa, Asia, Australia and Europe. He received a degree in religious studies from the Rabbinical College of America and was ordained as a rabbi at the Rabbinical College of Sydney, Australia and lives in New York City.