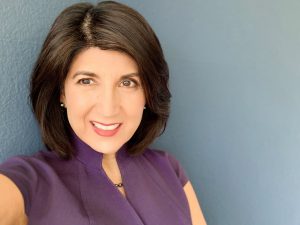 Margarita Quihuis is the CEO of PeaceX Ventures, the first venture studio dedicated to building ESG-native companies from the ground up.

She launched Astia, the first technology incubator for women entrepreneurs, and raised $67M in venture funding within 18 months.

As a public speaker on entrepreneurship and social behavior, she has addressed many corporations and institutions on ESG, ethical business, and innovation.

At PIL, she researches innovation, mass collaboration, and social technology to reform society. The focal points of her work have included the application of persuasive technology for government innovation, humanitarian relief, and citizen diplomacy.

Honors include:
• Named “One of the 100 Most Influential Latinos in Silicon Valley” by Latino Leaders Magazine
• Named Manor Labs: “Bright Idea” Innovator by the Ash Center for Democratic Governance at Harvard University
• Named one of Women’s eNews’ “21 Leaders for the 21st Century”
Margarita has also been an entrepreneurship consultant to the US State Department.

She has been widely quoted in the Asian Venture Capital Report, NewsHour with Jim Lehrer, US News & World Report, Forbes ASAP, CNN, and CBS MarketWatch.