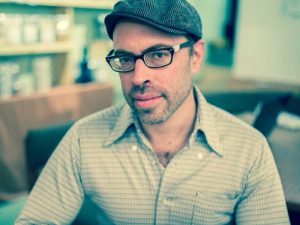 Dr. Menachem Feuer is the Co-Founder of Adaleg IT (www.adalegit.com), a company that is dedicated to training and educating members of the Jewish Community in the USA, Canada, and Brazil in Full Stack Development, Python Programming, Data Science and Machine Learning, and AWS Cloud computing.  He runs programs in Jewish Schools in the USA and Canada and is a major force in the promotion of digital literacy in the Jewish Community.  In the last four years, Adaleg IT and their Coding for Kids program in Jewish schools have educated over 800 children and adults of the Jewish community in coding, etc and helped over half of their adult graduates find jobs in the tech sector.  Feuer is also a member of the Jewish Studies Faculty at the University of Waterloo. He was previously a member of the Center for Jewish Studies at York University. Feuer has written over twenty-five articles, essays, and book reviews on philosophy, postmodern literature, and post-Holocaust philosophy and literature. He has published in Shofar, Modern Fiction Studies, MELUS, International Studies in Philosophy and the Journal of French and Francophone Philosophy, and in numerous book collections. His work has been cited in over 100 essays and book collections.   He is the author of the highly acclaimed blog, Schlemiel Theory (www.schlemielintheory.com), which has over 6500 followers.